We are happy to release our new macro for Zula. Zula is a free first person shooter, where you can choose between various PvP game modes, such as CTF or DM. You can explore places such as Turkey, Iraq and many other. Game have regular updates and is getting better every month. 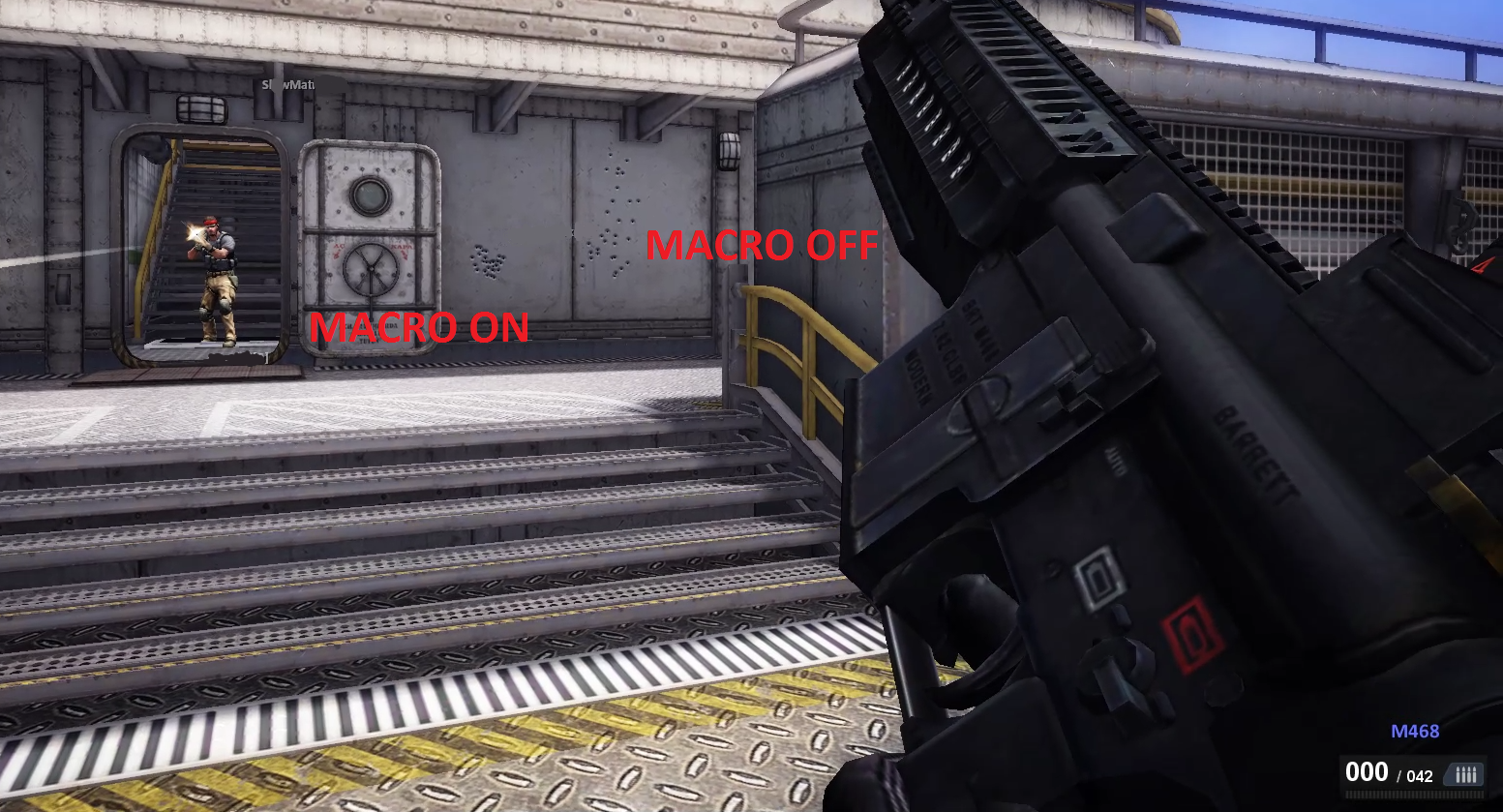 Macro is a script intended to reduce vertical and horizontal recoil. It can make weapons shoot faster and perform specific actions. Generally, it enhances accuracy of any weapon or gameplay in a wider perspective. Remember that macros are not allowed to use in game, they are dedicated for testing purposes only. This macro is the new release from us. We spent a lot of time creating .amc macros which can be used on A4tech, Bloody and Sharkoon Fireglider. We also created .xml profile for Logitech  – it’s not as good as .amc but still works nice!

What’s in the Zula Macro Package?

In this package you will get .xml profile for Logitech G series.
You will get Rifle Recoil Reduce, QuickScope and SniperSwitch

MACROS WORKS IN EVERY PART OF THE WORLD.

Macro is dedicated for testing purposes only. Do not use in game.